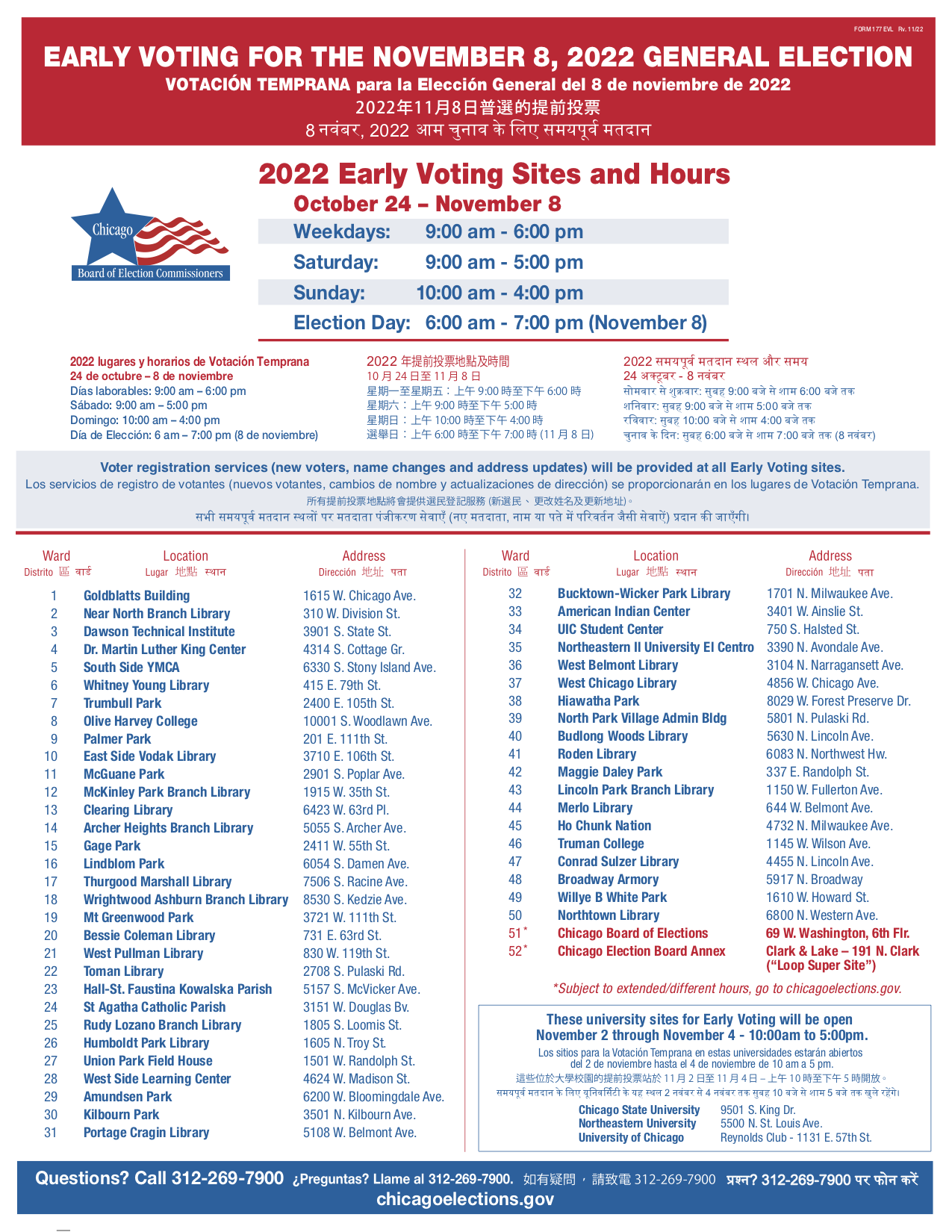 Government-issued photo ID is not required, but ID is helpful if there is a question about the voter's registration, address, or signature, or if there are two voters at the same address with the same names or similar names.

Registration services are available at every Early Voting site. Two forms of ID, one of which shows the voter's current address, are needed to register for the first time or to file a name change or an address update.