Theodore Roosevelt Jr., often referred to as Teddy or his initials T.R., was an American politician, statesman, conservationist, naturalist, historian, and writer who served as our 26th President of the United States from 1901 to 1909. T.R. was a bold - and maybe a little bit brash - statesman, two qualities we'll have to adopt to fight the Democrats in this City.

Join The Bull Moose Society and help finance the policies and the people who can make a difference in Chicago in 2022, 2023 & 2024, while proudly displaying your affiliation along with other Chicago Republicans.

We can hide no longer: let's be bold, brash and use our Bully Pulpit to set Chicago RIGHT!

Join at this level and receive a Chicago GOP Lapel Pin. Show your affiliation with the Chicago GOP wearing this sharp lapel pin on your jacket, suit coat or blouse. 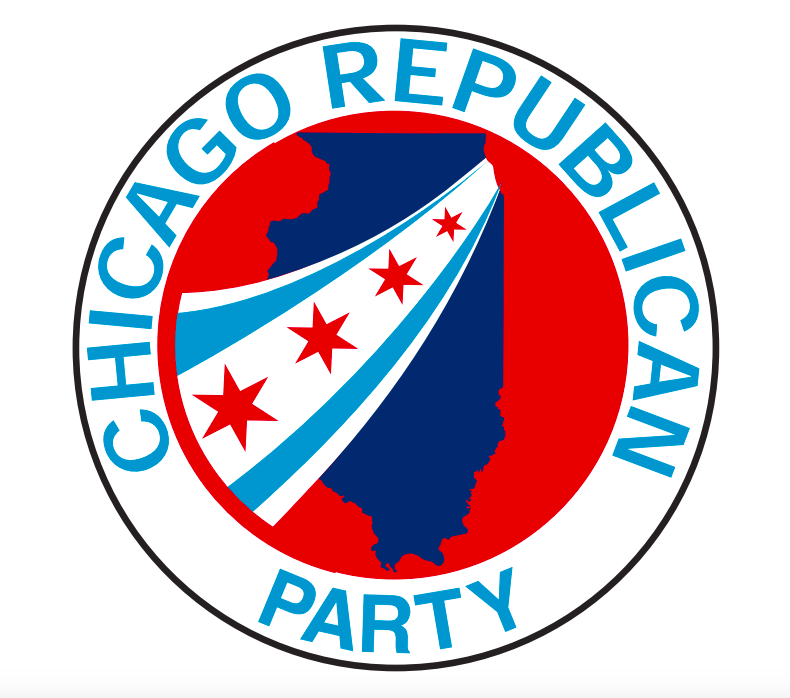 You'll have some colleagues lose their Java when you show up to the next staff meeting sipping from a Chicago GOP coffee mug. Lapel Pin also included.

Surus was a remarkable pachyderm due to his Syrian species, his status as a prestigious trade item, and his fame as a formidable weapon in the war against Rome. Surus was the sole surviving elephant of Hannibal’s troops after the march from Spain to Italy. This current-day stuffed replica of Surus, our Chicago GOP Elephant, will remind you of the long-term battle we will wage against the Democrats! Donation includes pin and mug.

Whether you're biking through the city or heading out on an errand, your Chicago GOP Sling Backpack will turn some heads as you pass some slower moving Democrats. Chicago GOP Pin, Mug and SURUS also included.

The New Chicago Way, our guidebook for Chicago's future: For all the wrong reasons, a national spotlight shines on Chicago. The underlying problem, contend authors Ed Bachrach and Austin Berg, is that deliberative Democracy is dead in the city. The authors tackle the city's key issues and interview top experts from around the country, while laying out a blueprint for change. All incentives accompany the book.