Ms. Finley is a member of the Journal’s editorial board. This Op-Ed is from the weekend edition of the Wall Street Journal. 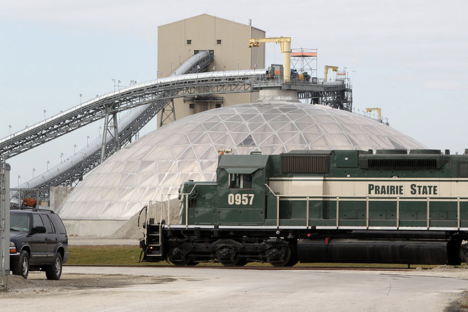 Illinois doesn’t try that hard to attract businesses and workers. Its 9.5% corporate tax rate is the fifth highest in the country. Its property taxes are twice as high as those of its neighbors. And unlike most states in the Midwest, it doesn’t have a right-to-work law giving workers the choice not to join a union. Illinois does have one thing going for it: cheap and reliable electricity.

The state would lose that too under an 800-page climate bill Democrats in Springfield are contriving to jam through the statehouse. “The proposed energy legislation being circulated will be the largest rate hike on consumers and businesses in history,” a coalition of business groups wrote to Democratic Gov. J.B. Pritzker last month.

For starters, the legislation would force the shutdown of all coal plants in the state by 2035 and natural-gas generators by 2045. Coal plants have a useful life of 50 to 60 years and gas plants of around 30 to 40 years, so many recently constructed generators—which are cleaner burning than older ones—would have to be retired decades early. Electricity customers and taxpayers would get stuck paying higher costs.

Consider southwestern Illinois’s giant Prairie State Energy Campus, a coal plant serving 2.5 million customers across the Midwest. The plant began operating in 2012 and burns coal extracted from a nearby mine. Some 300 municipalities and rural electric cooperatives borrowed to finance its $5 billion in construction costs. The plant’s premature closure would leave them on the hook for bond payments years after the plant is forced to shut down. At the same time they would have to pay to procure power from other sources. Taxpayers and ratepayers would essentially have to continue paying the mortgage for a property on which the state has foreclosed.

The plan for forced shutdowns of fossil-fuel plants has driven a wedge between labor unions and green groups. Unions worry the plant closures would eliminate thousands of high-paying jobs. Prairie State directly employs more than 650 workers and supports some 1,000 union jobs with an average salary of about $85,000.

Ratepayers—meaning Illinois businesses and residents—will pay for Prairie State’s decommissioning costs and myriad green energy programs to help workers who lose their jobs. Fossil-fuel plants are major employers in downstate counties, and any new green jobs are likely to be less abundant and remunerative.

Some workers say they’d have to move out of state to find a job if the plants close. Prairie State worker Adrian Ellington, a father of five, told the Pantagraph newspaper that the plant was the reason he didn’t leave the region more than a decade ago. The job “allowed me to take care of a lot of things and have a good life.”

The legislation would also force ratepayers to finance $215 million in subsidies for green energy producers—which are on top of the lucrative federal tax credits—to compensate for power losses from closed gas and coal plants. But solar and wind don’t provide reliable “baseload” power—i.e., electricity that can be generated around the clock—which is already in short supply downstate.

More than half of Illinois coal plants have been shuttered in the past decade because of stringent environmental regulations and competition from cheap natural gas and heavily subsidized renewables. If all fossil-fuel plants are forced to close, downstate Illinois would have to import more coal and gas power from other states in the Midwest—or else be plunged into darkness.

Folks who live in Chicago and its surrounding counties don’t have to worry about these problems because they connect to a separate regional grid known as PJM, which has more-abundant baseload power. The bill also includes $700 million in subsidies for three struggling Exelon nuclear plants in northern Illinois. The state in 2016 bailed out two Exelon nuclear generators, but the company is threatening to close two others this year if it doesn’t get another bailout. This would cost jobs and reliable power for the counties in northern Illinois that lean Democratic. Chicago Democrats who control the statehouse agenda won’t let that happen.

So Democrats, who have a supermajority in the Legislature, are conspiring to shut down fossil-fuel plants downstate, where Republicans predominantly live, while rescuing nuclear plants upstate, where Democrats are clustered. While the bill would increase electricity rates across the state, downstate would get slammed the hardest. Democrats are expected to buy off unions to pass the bill, which could send costs even higher.

“At a minimum, we project the first installment of the cost increase on businesses and municipalities to be $700 million annually; including an additional $215 million to pay for new programs paid for by ratepayers without their input,” the business groups noted in their letter to Gov. Pritzker. The “legislation will only keep sending higher bills every step of the way. In a nutshell, this legislation will be a credit card that keeps spending money without any accountability. Period.”