The Chicago Republican Party has called for the resignation of State Senator Sara Feigenholtz of Chicago (D-IL State Sen 6) in response to a viciously anti-Catholic cartoon posted on her Facebook page. The cartoon, posted as a profile picture on Feigenholtz’s personal page Friday night, portrayed an image of a Pope in full vestments and wearing a Papal miter while pointing a pistol at the back of the head of a visibly pregnant Statute of Liberty. 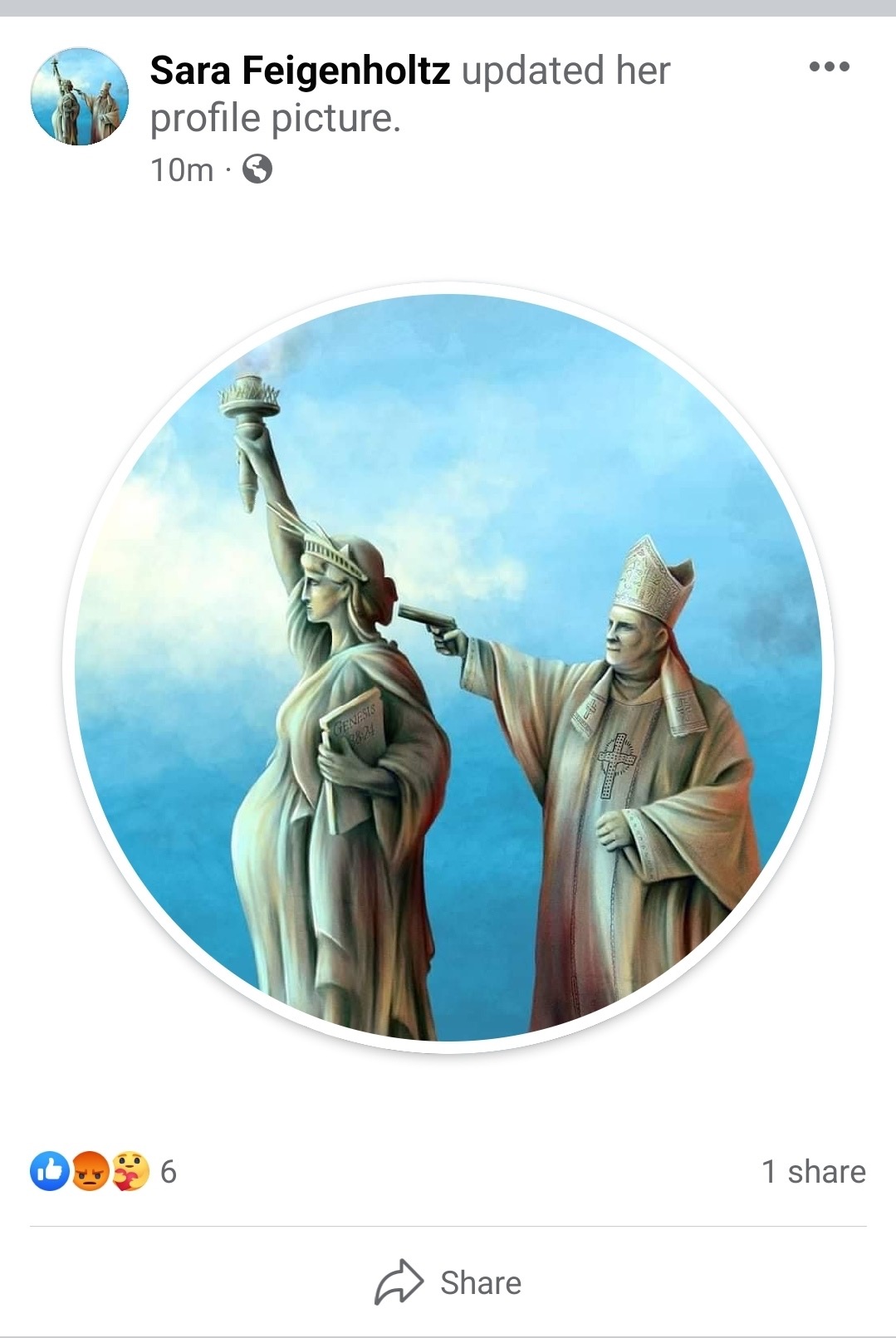 The cartoon was changed by the next morning, but not before viewers were able to download and preserve it.

“The posting of this disgusting cartoon has finally, but now openly exposed the deep contempt held by Senator Feigenholtz and her liberal woke colleagues toward not only the Catholic Church, but towards Christian religion in general,” stated Chicago GOP Chairman Steve Boulton.

“Further, by portraying a man of the cloth as a criminal assassin, she has insulted all religions and all believers. She has shown herself to be morally unfit to serve as a leader of a free people in this city and state. We demand her immediate resignation”

The Chicago Republican Party further demands that liberal media outlets and Democratic leaders denounce Feigenholtz and the posting of the cartoon. As well, the Democratic Party of Illinois owes every Catholic citizen in Chicago, as well as the Archdiocese, a sincere apology.

“For decades we have heard the preachy self-righteousness of liberal media figures and Democrat office holders in Chicago,” stated Boulton.  “The time has come for them to apply the same standards to one of their own, or be recognized as complete hypocrites.”